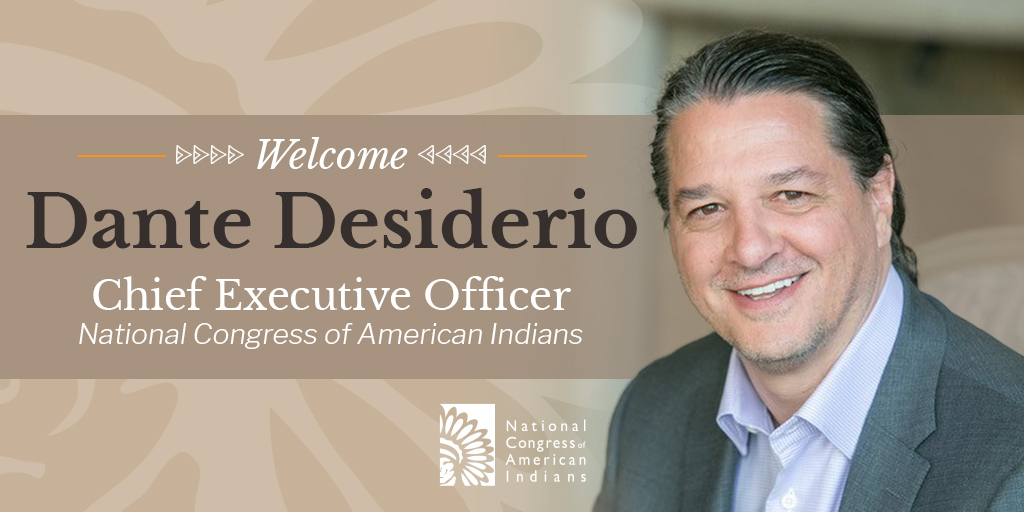 Mr. Desiderio is currently serving as the Chief Executive Officer of the National Congress of American Indians. In his role as CEO of the largest and oldest organization representing the diverse tribal governments, he oversees social, economic, and cultural advocacy, policy research, and a governance center created to build national awareness of Indian Country issues.

Prior to joining NCAI, Dante served as the Executive Director of NAFOA, a national organization focused on growing tribal economies. Under his leadership, the organization has increased its focus on economic growth by developing a robust advocacy presence in Washington, D.C., enhancing professional development programs for tribal professionals responsible for managing tribal operations, and by shaping partnerships to support sustained growth. Dante is also active in building Native youth into tomorrow’s leaders through innovative leadership and career development programs.

Dante is a member of the Sappony, an Indian Tribe based on the border of North Carolina and Virginia, where he serves in a leadership and advisory role a number of programs related to community and economic development. He served on the inaugural board of the Center for Indian Country Development at the Federal Reserve Bank of Minneapolis and on an Advisory Boards for the University of North Carolina and the Arizona State University He has held a Certified Financial Planner designation and a B.A. in political science and economics from the University of Maryland.